We the undersigned are scientists voicing an urgent call to prevent the renewal of the EAPC pipeline activity and the conversion of Eilat and Ashkelon to petroleum ports. We hail from a wide range of professional disciplines relevant to environmental protection, both marine and terrestrial. We are experts on coral reefs, on the marine environment and its life forms, biologists, geologists, ecologists, geographers, economists, and urban planners.

As these words are being written a new initiative is in the works to transport petroleum from the Persian Gulf states to Eilat, from there to Mediterranean ports, and onward to Europe, via the infrastructure of EAPC. According to the plan1, every year dozens of huge tankers will unload their contents of petroleum and distillates at the EAPC pier, which abuts the Eilat Coral Reef Nature Reserve. From there these materials will flow through antiquated pipelines for the entire length of the Arava and Negev deserts to the Ashqelon depot, where they will be transferred to tankers bound for Europe. This deal exposes the entire Gulf of Eilat / Aqaba, the Sinai coasts and coral reefs, as well as the Mediterranean coast and the land masses in between, to huge danger, be it from leaks, accidents or intentional sabotage, events which are just a matter of time in this volatile part of the world.

According to EAPC's statements the agreement would provide for up to 120 mega-tankers (250 thousand tons) each year2, anchoring and transporting petroleum via Eilat and Ashqelon piers. One "minor" accident or sabotage on one tanker would be enough to cause a major ecological disaster, in the Mediterranean and especially in the Red Sea. For example, a spill of "only" 1% of a tanker's contents to the sea – which amounts to thousands of barrels of oil3 – would spread to the entire gulf. Oil would completely cover the coasts and reefs of Eilat, Aqaba, and the Sinai.

Due to the richness of their life forms and biological diversity, coral reefs are the world's undersea "rain forests". In the 1970's Eilat's coral reefs were nearly eradicated by the intensive activity of EACP tankers, and in the ensuing 40 years they have only barely recovered. Few months ago the reef was again damaged by severe storms. It would not survive the additional insult of a major tanker spill!

The northern Red Sea corals are considered unique on a world scale. Due to their genetic makeup, they are resistant to the damage caused by sea temperature rise that is occurring all over the world as a result of the climate crisis, and which causes reef bleaching and death. Therefore, potentially the Eilat corals may well serve as the sole source for rehabilitation of other reefs throughout the planet, but they certainly would not survive petroleum pollution.

An oil spill on the sea surface prevents the transfer of atmospheric oxygen to the sea. The heavy petroleum particles sink, mix and are strewn throughout the water column. Plankton-eating fish swallow these particles, which enter body tissues and subsequently the entire food chain. Petroleum compounds in the water cause carcinogenic processes and damage to the reproductive systems and to the growth of juvenile stages of many marine life forms. Moreover, the spill kills marine birds and mammals caught in the area. The oil adheres to their bodies, solidifies, and turns to sticky tar that destroys the ability of sea birds to fly and suffocates life forms such as dolphins and shellfish. Direct contact between oil spill and body tissues causes damage to the entire marine ecology, and the damage is even greater to the sensitive coastal reefs.

The coral reserve lies only a few hundred meters from the proposed sea lane of the tankers and from the pier. Such close proximity between oil tankers and a nature reserve has no precedent anywhere on the planet. In addition, due to the strong onshore winds in the gulf, any oil pollution would quickly reach the coasts and the reef. If all this isn’t enough, the greater the traffic, the greater the need for the tankers to "wait in line" and thus the greater the chance of sabotage or of a tanker running aground due to a navigation error, and of an oil spill. In addition, the Gulf of Aqaba is susceptible to earthquakes. The Eilat port region could be the epicenter of the next large earthquake, while EAPC's aging infrastructure was built before modern standards for seismic hazards were applied in Israel.

Moreover, the richness of the coral reefs is the heart of the natural environment and of tourism in this area, drawing millions of tourists each year to Eilat, Aqaba and Sinai. Every tanker is a spill threat, which could wipe out the tourist cities of Eilat (Israel) and Aqaba (Jordan), as well as the Sinai coast tourism developed by Egypt. The three nations have invested billions of dollars and built thousands of hotel rooms and new airports, all of which would be laid to waste by a major pollution event. Nowhere else on the globe is there such close proximity of tankers discharging oil in to tourist sites and bathing beaches.

Over the years the EACP pipeline from Eilat to Ashqelon has been the site and source of grave ecological disasters, notably Evrona and Nahal Zin, among other events. Increasing the volume of oil flowing in the overland pipeline increases the exposure of ecologically sensitive areas and nature reserves to damage from which they will not manage to recover. In the 2014 Evrona disaster, a "mere" 5000 m3 of oil was spilled. Any event of this scale – and the proposed plan is an invitation to disaster, sooner or later – would be exponentially worse on the sea.

In the Ashqelon depot an oil spill would halt the activity of the desalination plants, which deliver a large portion of Israel's drinking water. A serious leak would pollute the Mediterranean coast along many kilometers, and harm commerce and other vital infrastructures.

The entrance of dozens of additional oil tankers to Ashkelon and Eilat depots and the enhanced activity at the associated tank farms will increase the air pollution and morbidity in these cities4. There are no standards for prevention of air pollution from ships in Israel5, and oil tank farms are not required to act under emission permits. Air pollutants from these sources were stated by the World Health Organization and international medical organizations as the cause for a variety of illnesses such as: respiratory and heart-disease related death, acute asthma in children, increased heart-diseases, low birth weight and lung cancer6.

A serious oil spill in Eilat would risk the livelihood of thousands of families, and billions of dollars of investment in tourism infrastructure in the Gulf of Aqaba would be erased. The Eilat municipality has approved impressive plans for development of tourism and for sea based enterprises 4 over the coming years. All will be for naught when the oil starts to flow. Eilat, which was selected as one the most beautiful gulf cities in the world, will become an oil and gas port, bereft of tourists, with rising morbidity.

Every person who treasures the Red Sea must stand up and express his or her opposition to this plan. From a point of view of damage control, EACP and its partners in this plan will gain immense profits, with no risk, while the city of Eilat will bear all the risks, especially the risk of inestimable damage to the city's main source of subsistence, with marginal gain at best.

We call on the Israeli government to consider and enumerate the potential numerous and grave dangers this plan and to stop its implementation by EACP, which is a semi-government company and accountable to the Minister of Finance.

Please help us save the Gulf and the Red Sea by openly opposing this plan. The day after disaster there will be nothing to save.

2 – According to EACP agreement publication, annual pipeline capacity would be 30 million cubic meters = 120 tankers of 250 thousand DWT, the upper load limit for the Ashqelon depot (according to EACP website the Eilat-Ashkelon oil pipe annual capacity is 60 million tons).  The unloading capacity of the tankers at Eilat depot and the loading capacity at Ashqelon are 20 and 10 cubic meters per hour, respectively, meaning 30 million tons annually  can be borne via Israel. However, the present bottleneck is the result of the rest of the EAPC marine infrastructure (towboats. etc) and lack of deployment by the Ministry of Environmental Protection Marine Division in case of a spill disaster at these loads, especially in Ashqelon but also in Eilat.

4 – although there is no available information regarding emissions from tankers around the Gulf of Eilat, a study performed under the funding of the Israeli Ministry of Environmental Protection, found that at 2018, the air pollution generated by the marine vessels at Haifa and Ashdod ports was as heavy as a large power station powered by Diesel: “Feasibility Study for Reducing Marine Vessels' Air Pollution at Haifa and Ashdod ports” – Final report/Barak et al. 2018  https://www.sp-interface.com/haifa-ashdod-ports-2019

5 – since Israel did not legally regulate appendix 6 of the MARPOL Convention regarding the prevention of air pollution from ships, ships and oil tankers entering Israeli ports can use Diesel with higher Sulfur content, and without means for SOx emissions reduction, particulate matters (PM2.5 and PM10), CO and NOx.

7 – For instance use of natural substances, production of pharmaceuticals from the waters of the gulf through research and development of marine biotechnology. 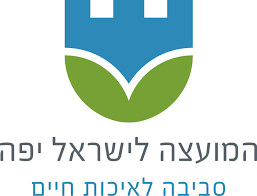